Magician's Rabbit in a Hat Costume 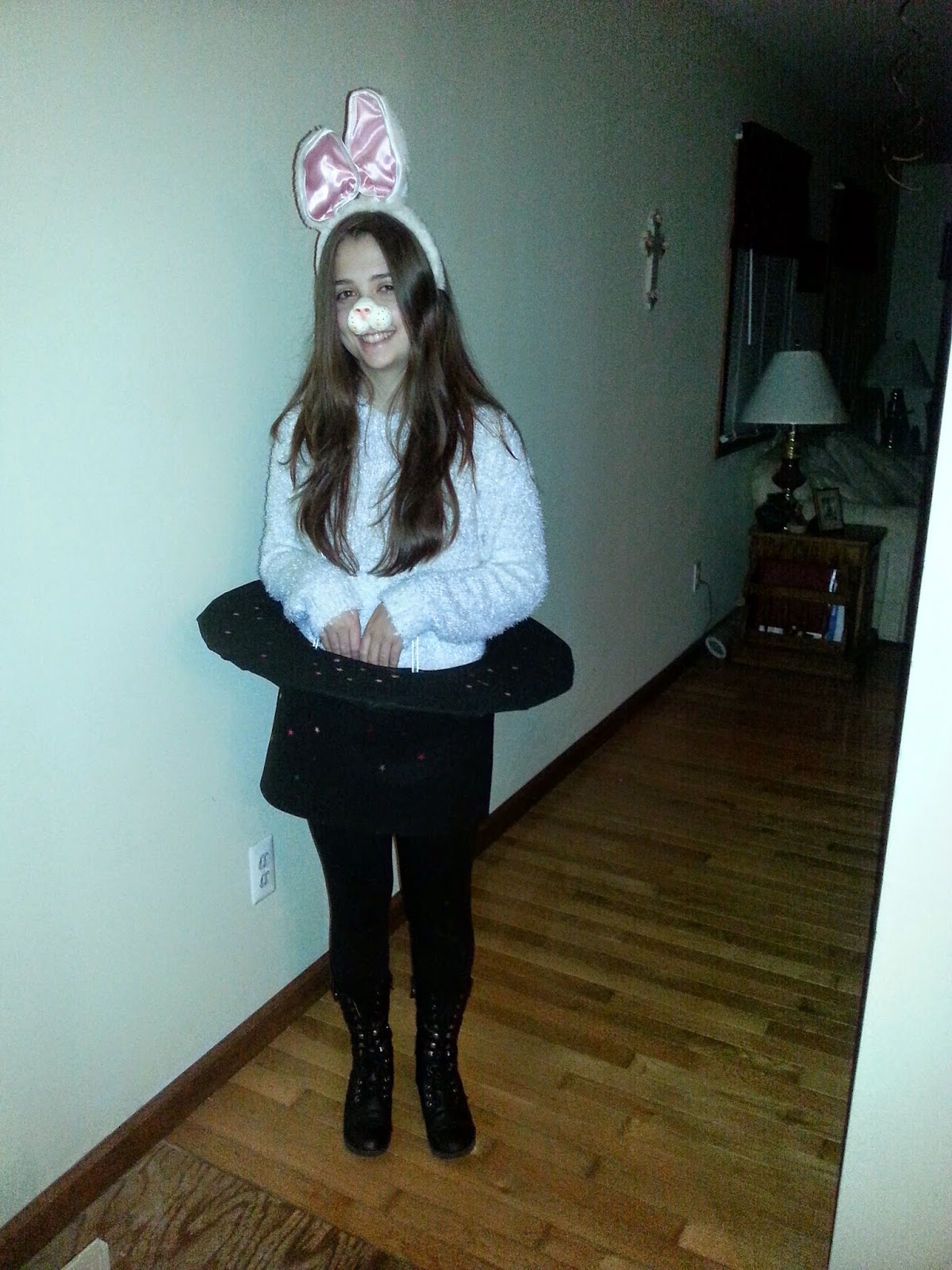 How to make a Magician's Rabbit in a Hat Costume


I just made this last night for my daughter. The whole question was how to make the hat. Many people I viewed used skirts or buckets on small children. I wanted the illusion that it was truly a hat. I didn't want it huge because then it would be difficult to transport.

I started off with a wire hanger that I untwisted, and kept working and bending to make it a circle. I briefly measured around the waist and then hot-glued and duct taped it so it wouldn't come apart or pop open. I left enough room so she could step into the ring and have some room.

I put the ring in the center of the foam core boards, hot glued and taped the wire on. 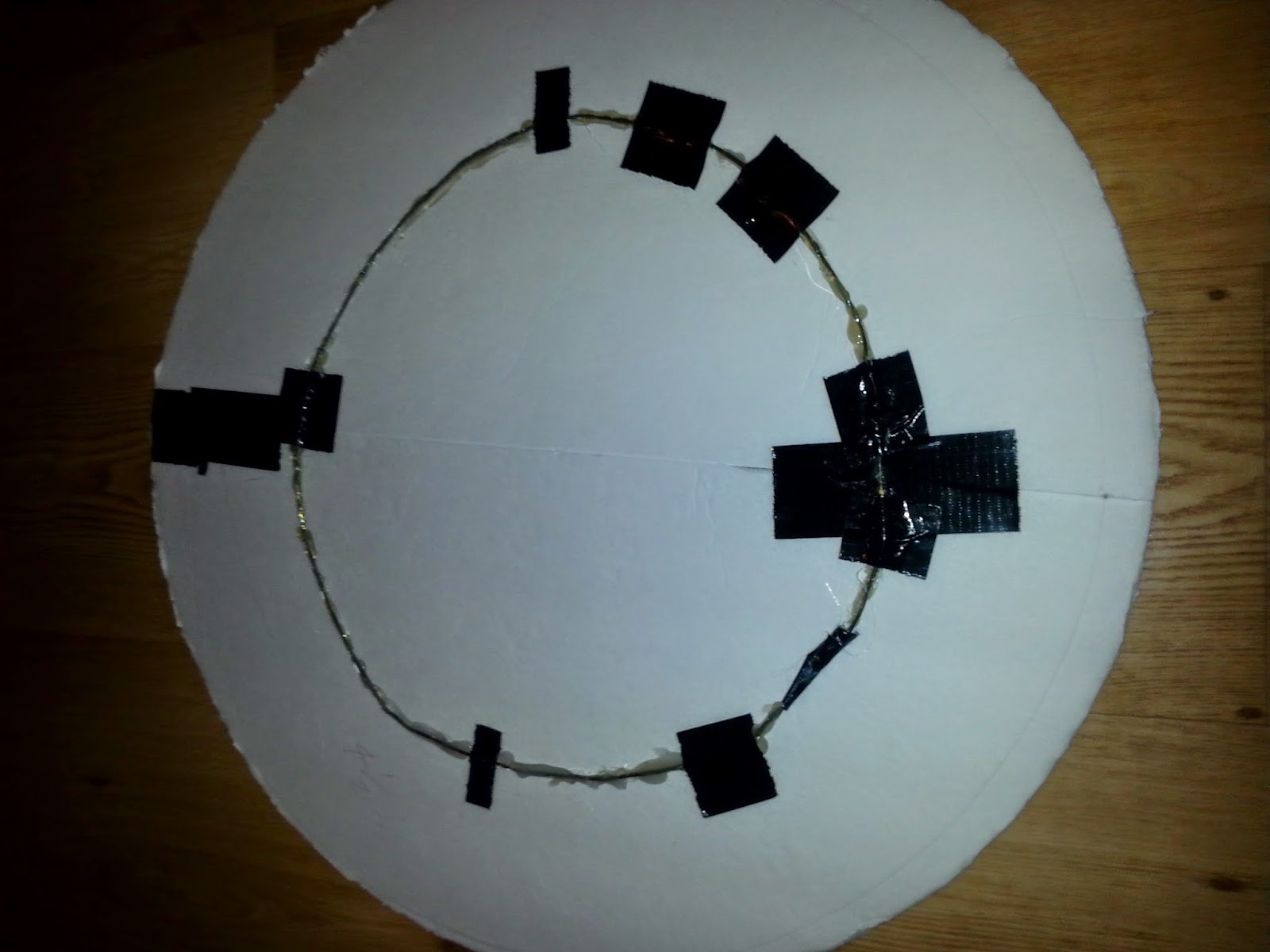 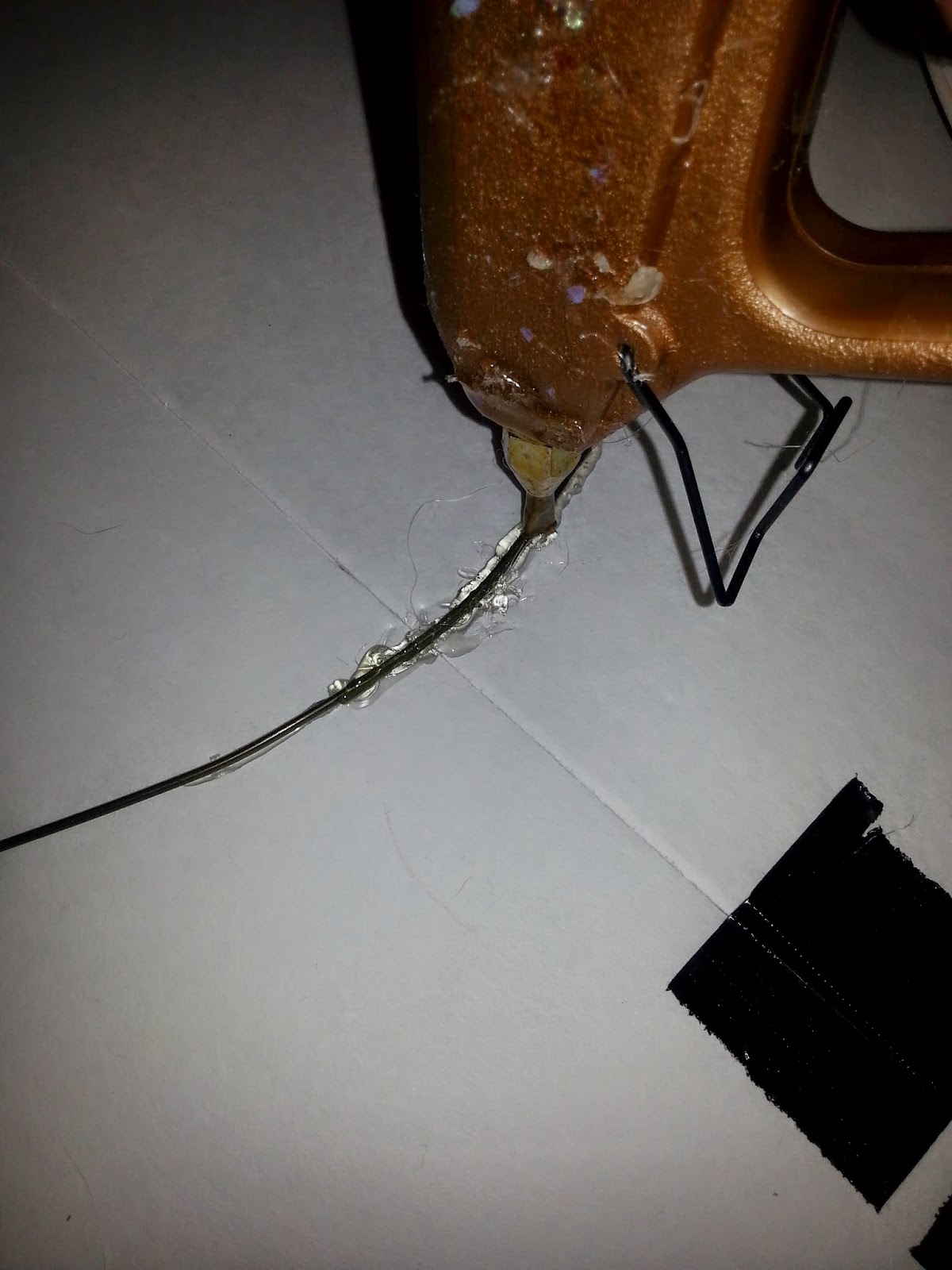 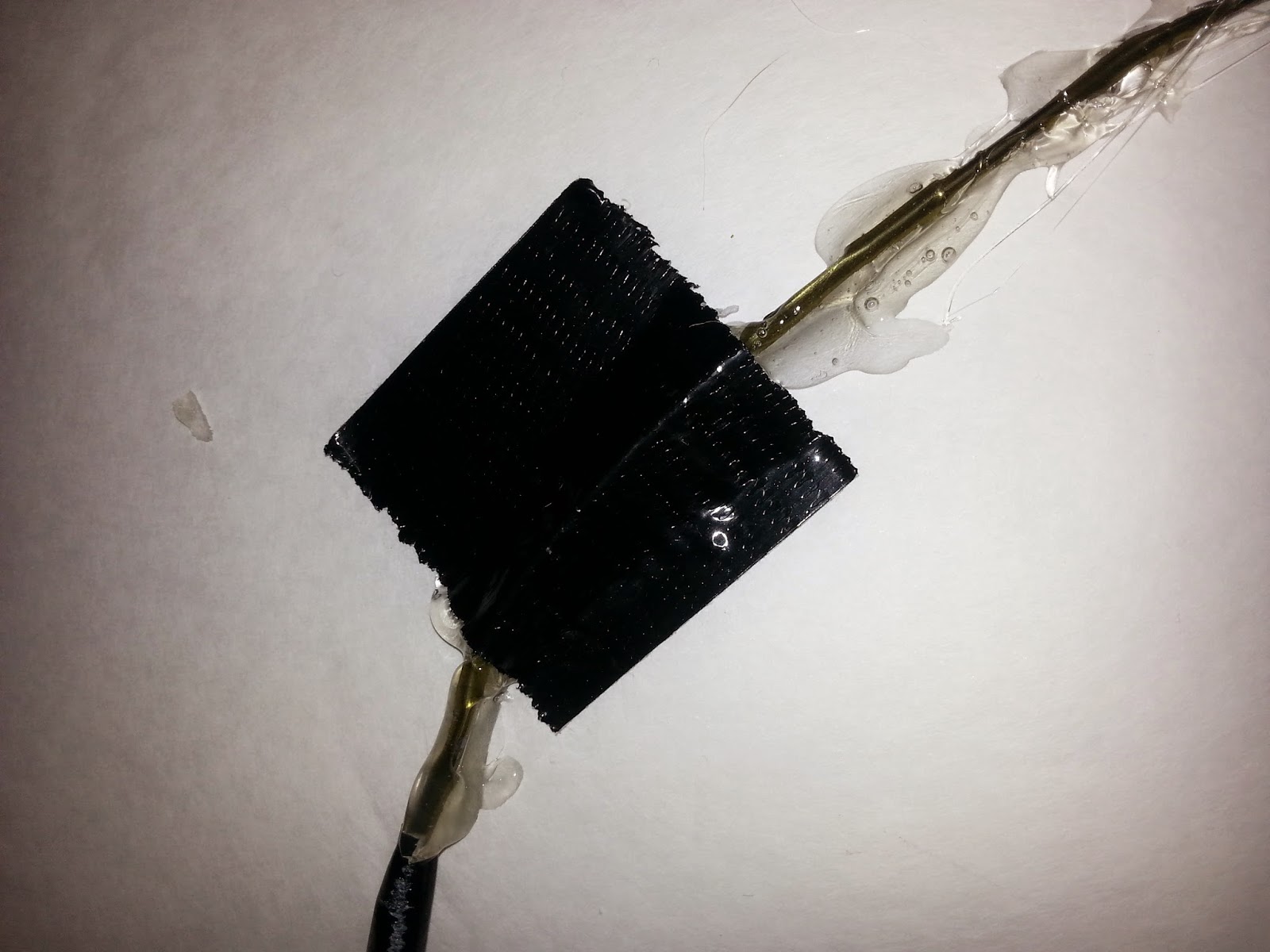 I found the center of the circle and took a pencil and string and made the outside circle for the brim.  You can make as large or as small as you want. Then with an Xacto Knife and scissors I cut the outside of the brim and then carefully cut away the inside of the circle. 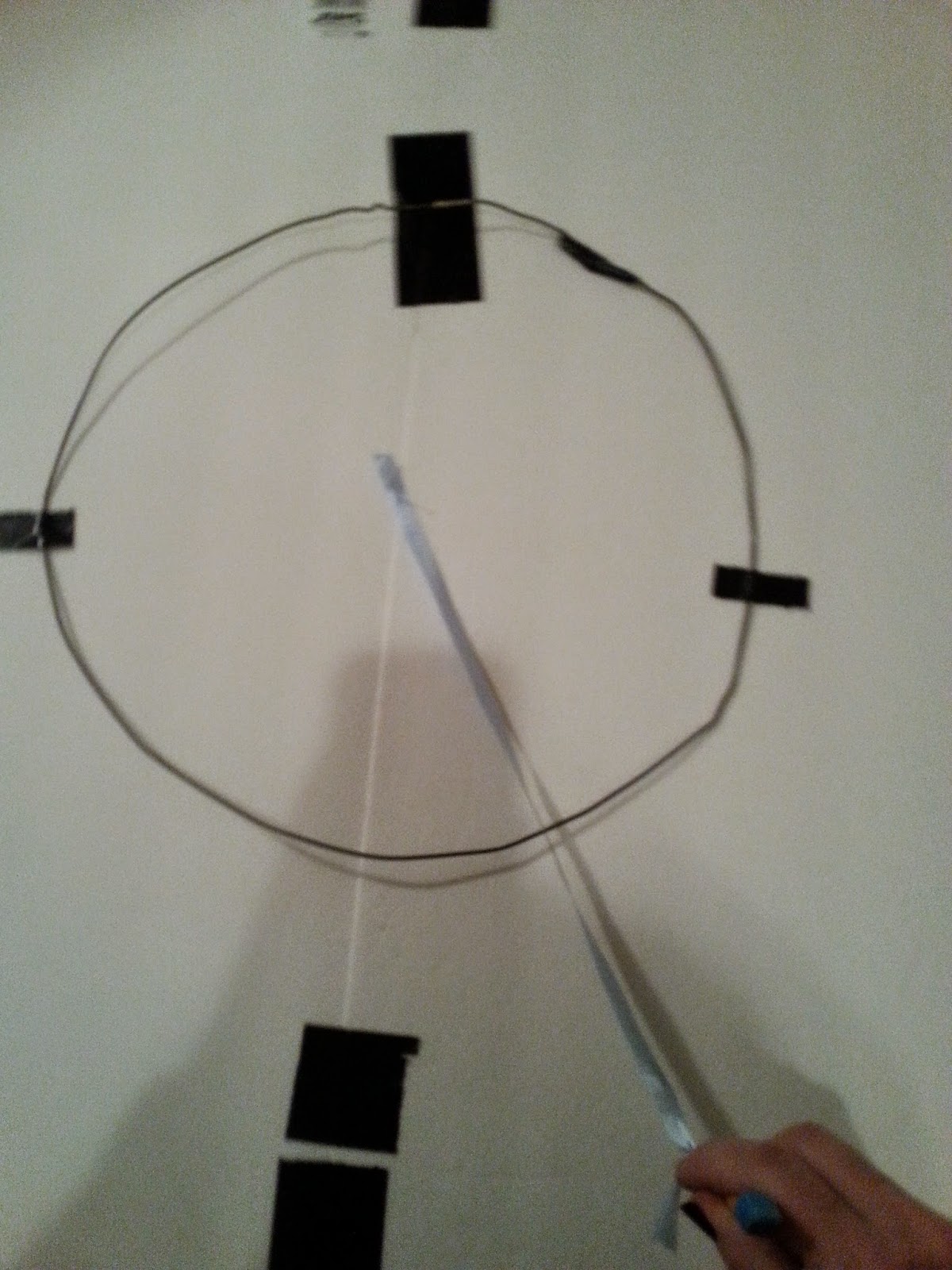 I then covered the brim with the black felt using the hot glue, cutting away and trimming the excess.

I measured the felt like a skirt for the length of the magician's hat. If it was too long I know she'd have trouble walking. I allowed for a little overlap and that goes in the back. From the top of the hat, I carefully glued the edge of the "skirt" and then it dropped "down" from the top so you had a nice edge. 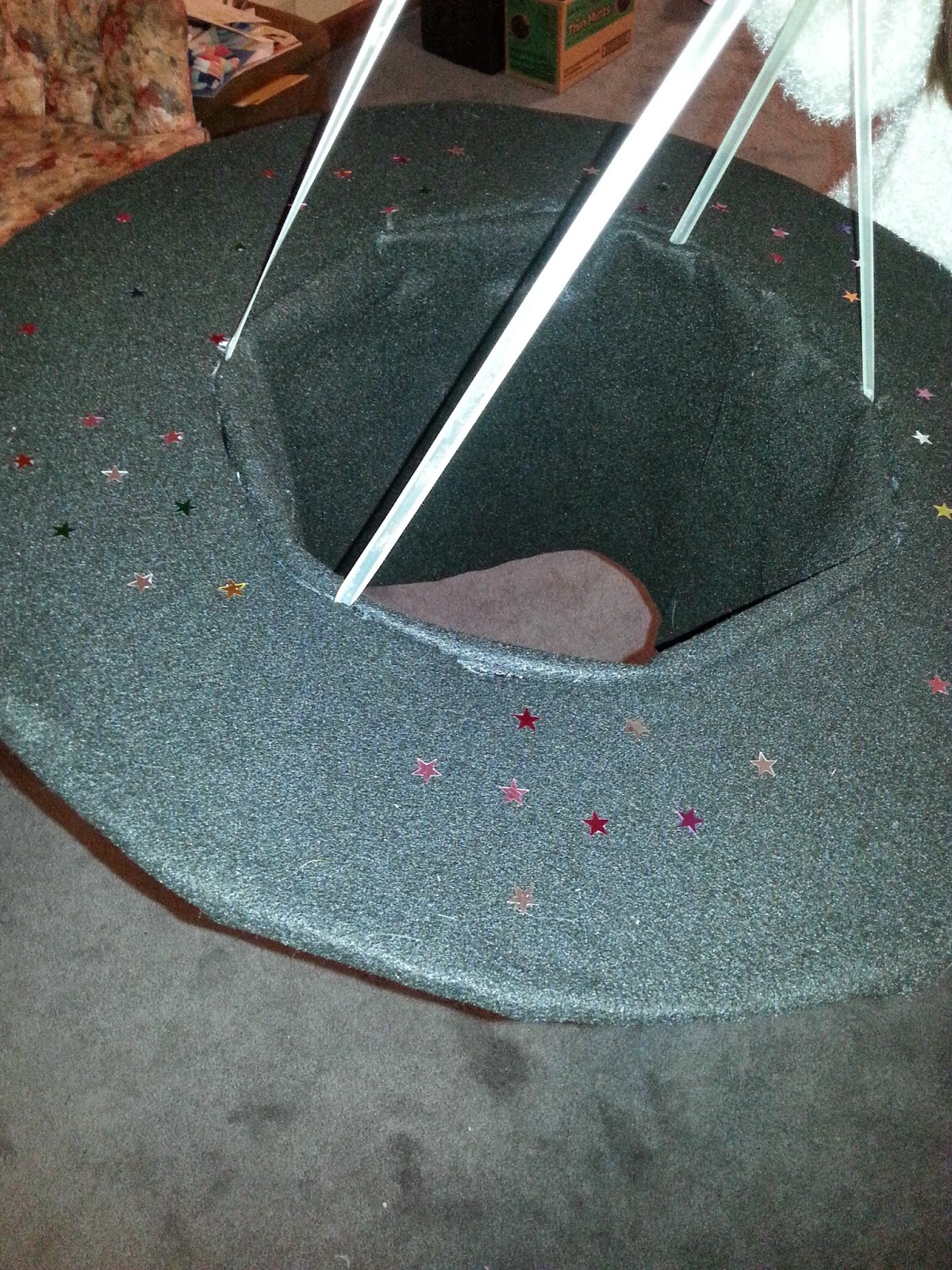 .
I used light colored ribbon and made slits in the front and back of the hat for straps. I criss -crossed the ribbon in the back so they wouldn't fall off  her shoulders when she put them on. 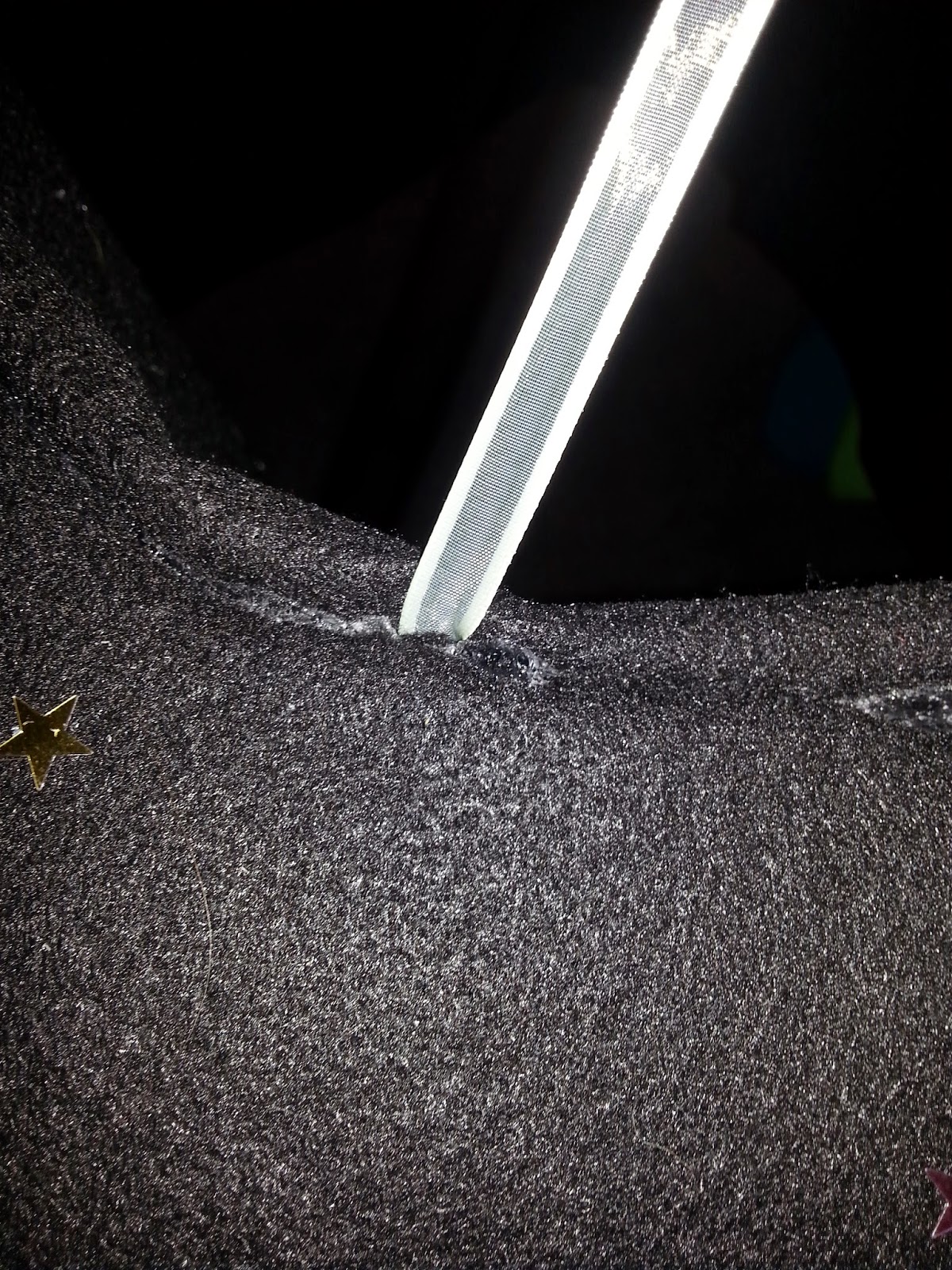 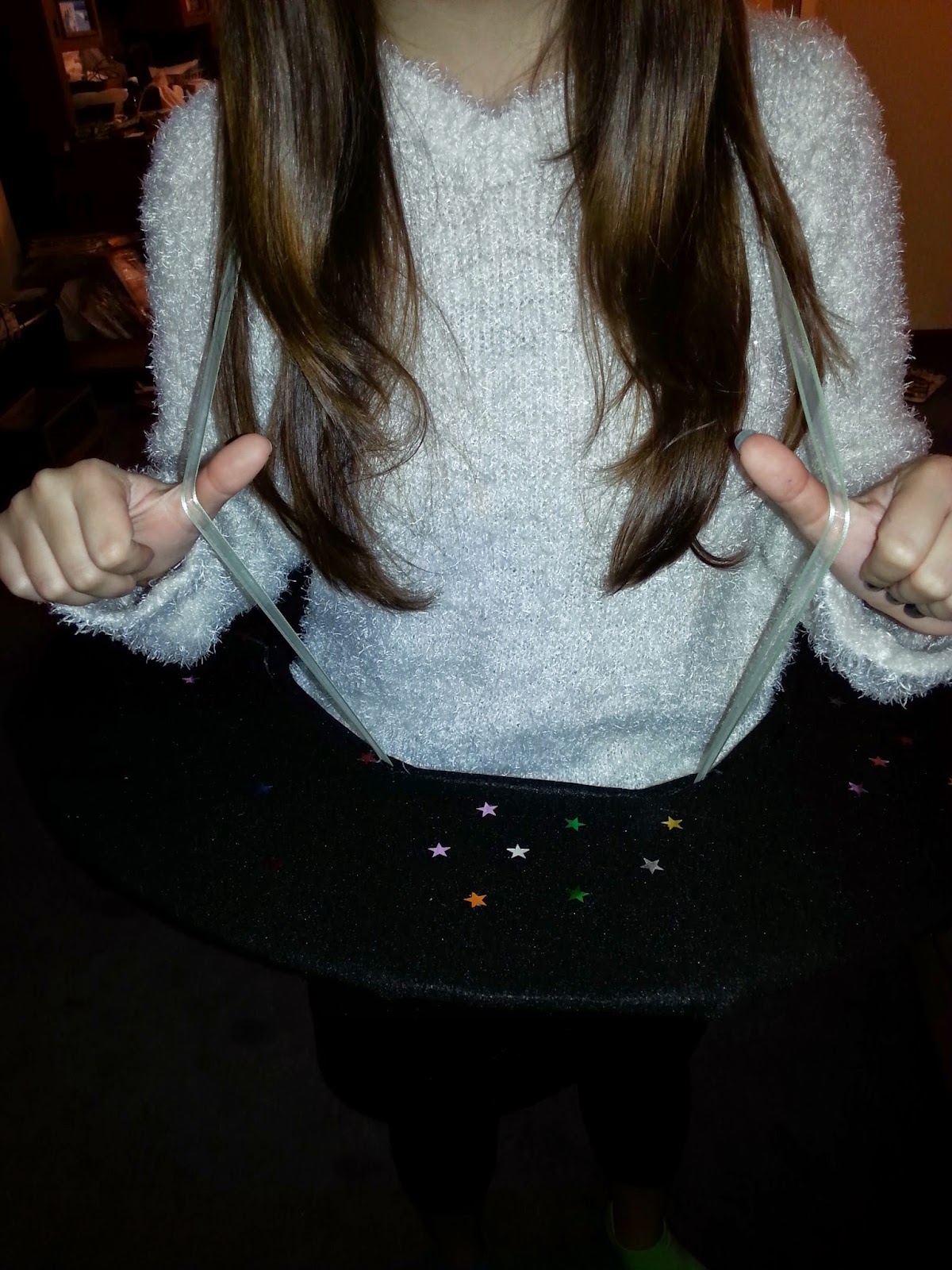 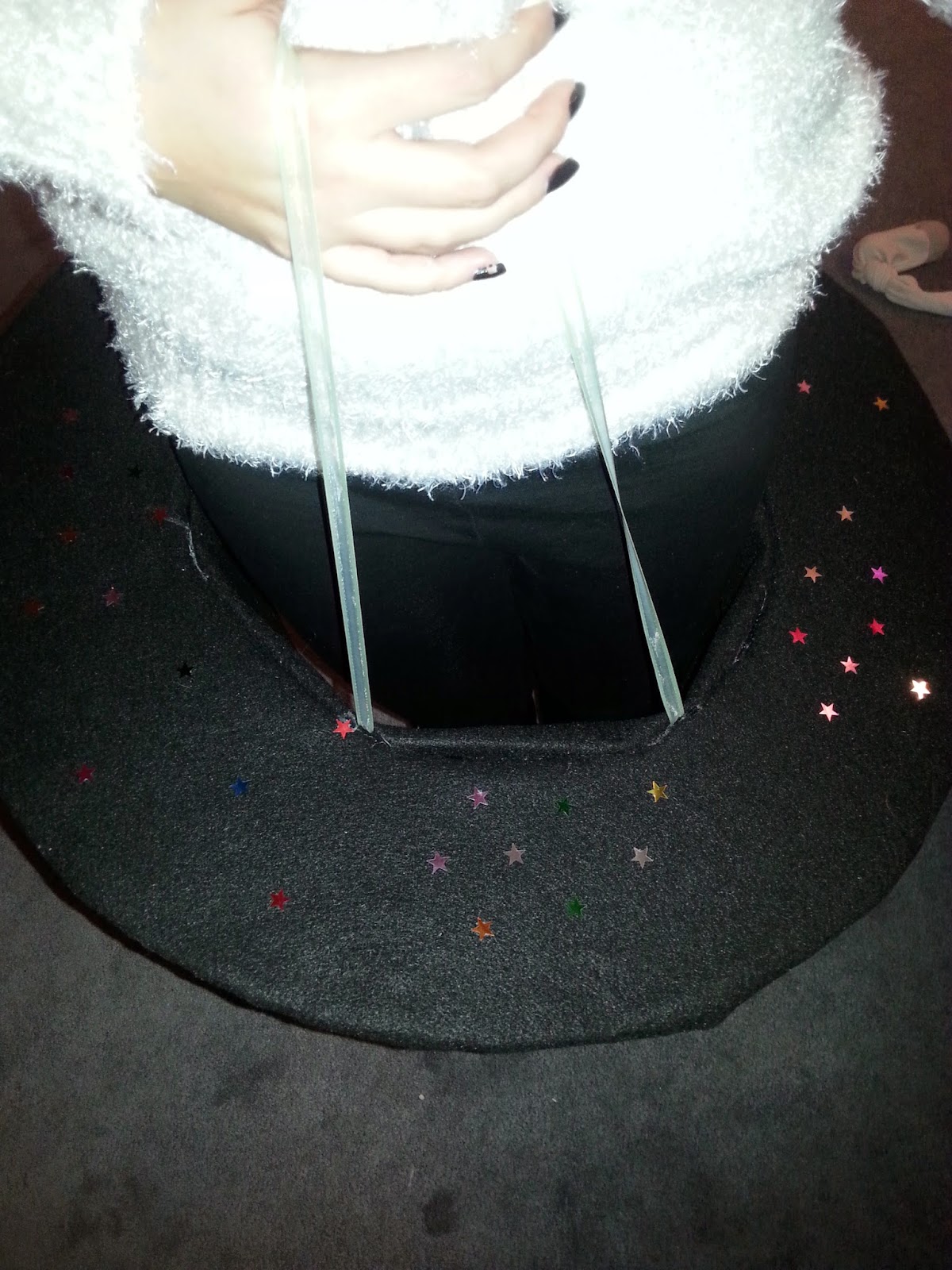 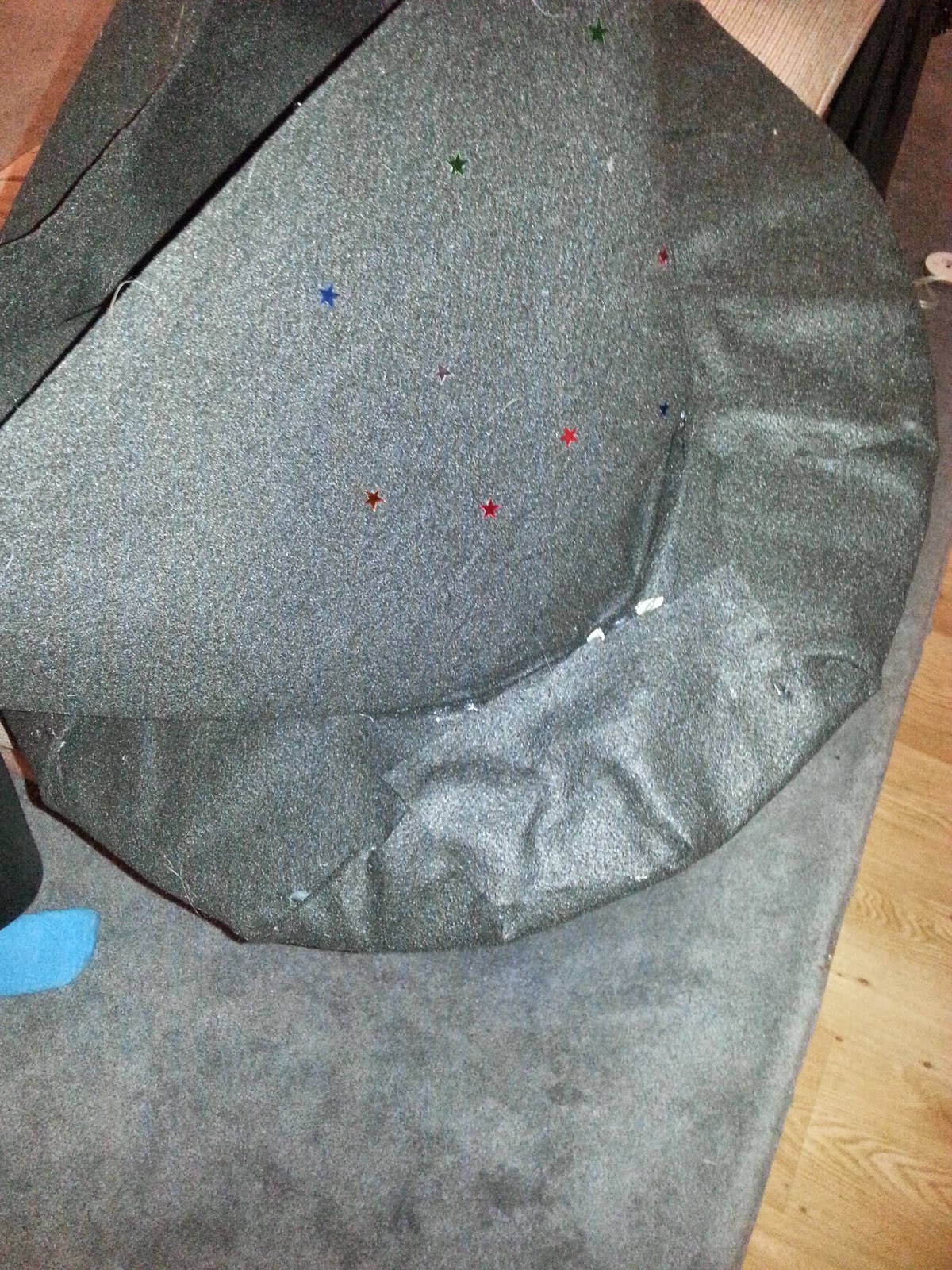 This is the underside of the brim. You can finish it off nicely.
I also added little confetti colored stars with "Aleenes Tacky Glue" to give some dimension. 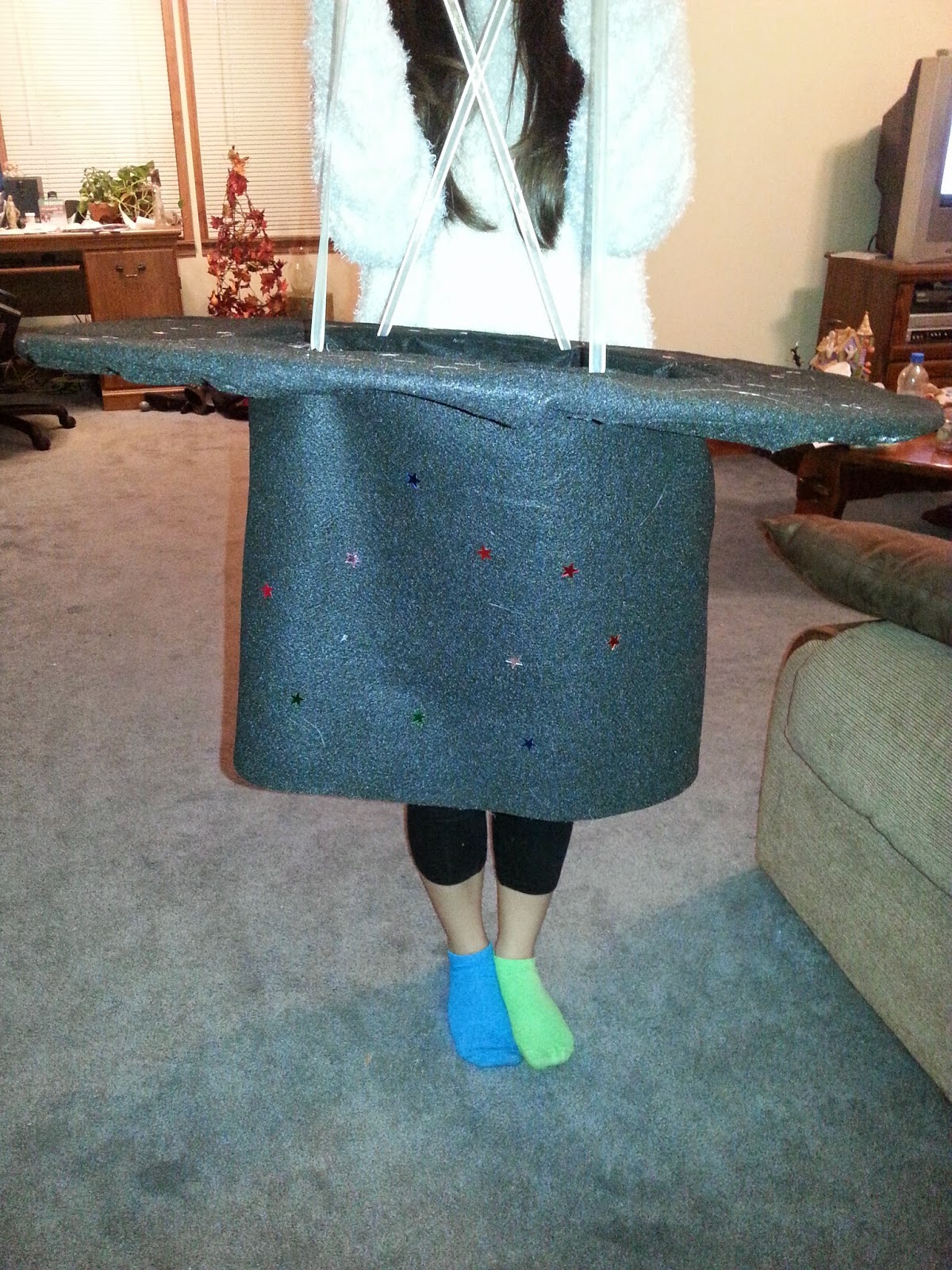 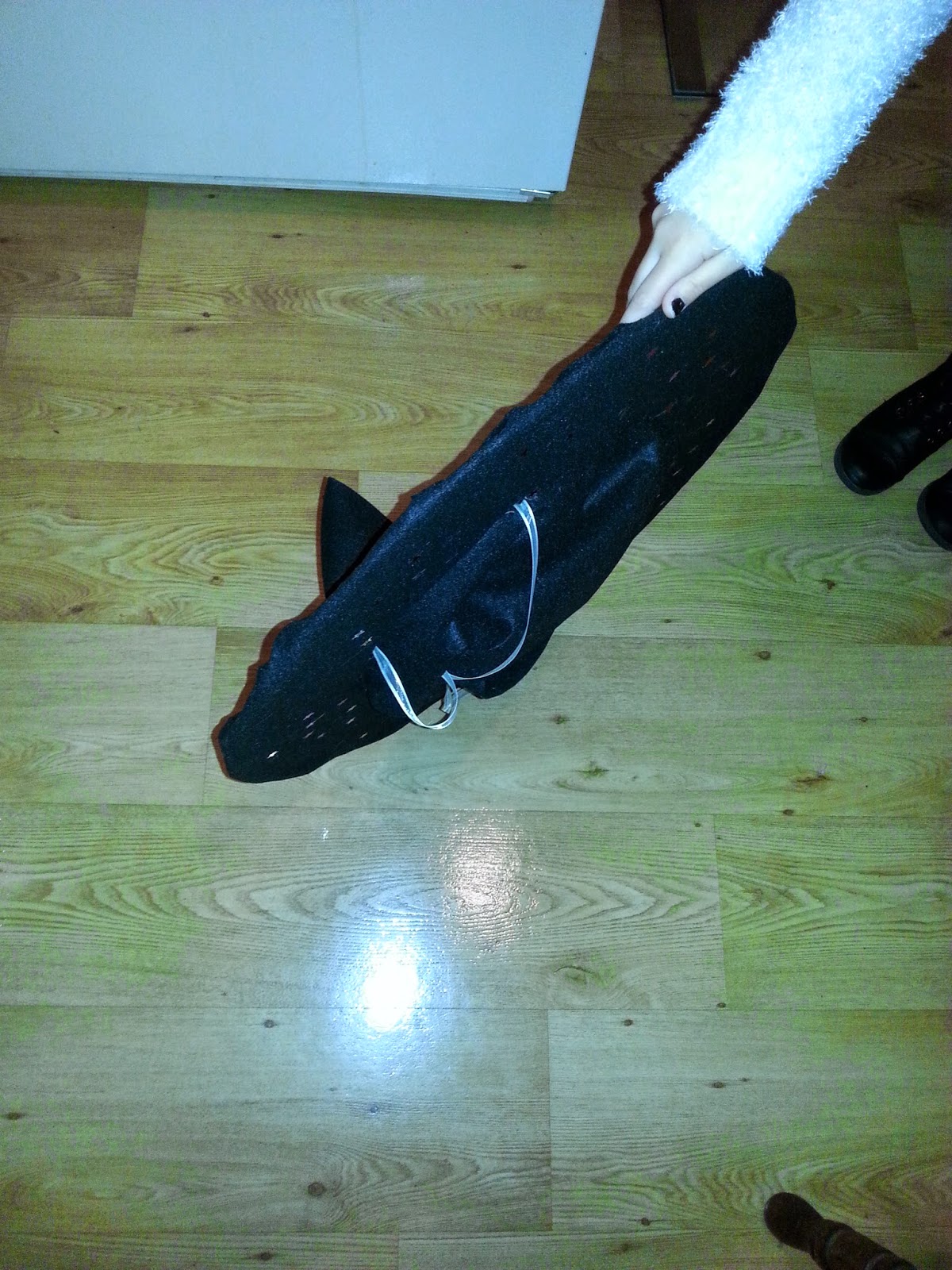 You can see how compact it is and just place in a large plastic trash bag for transport.

We had the ears and nose. We purchased a fuzzy white sweater too!
I think the whole project took me a good 2 1/2 hours. Her friend is going to be the magician. I made the cape. 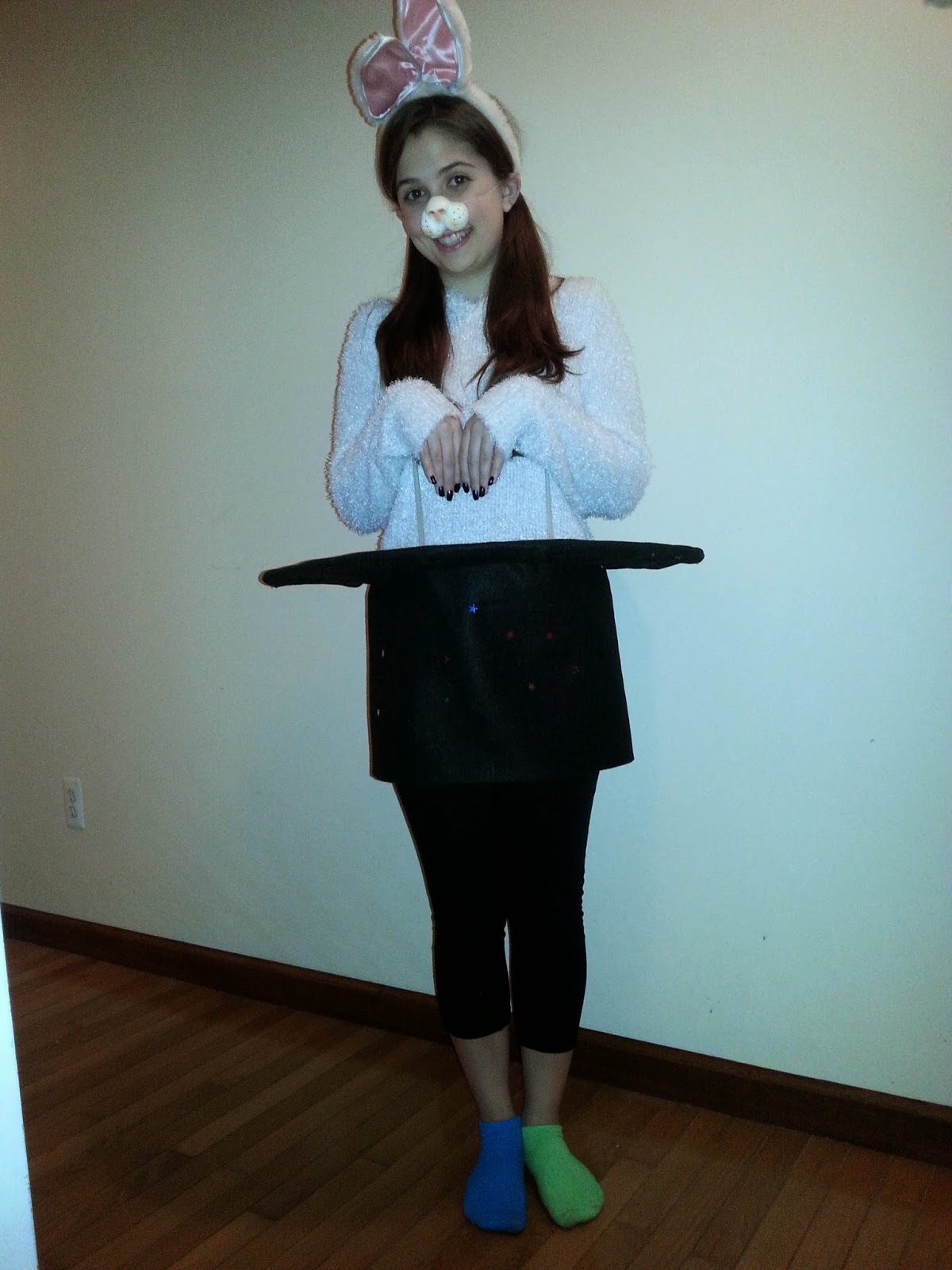 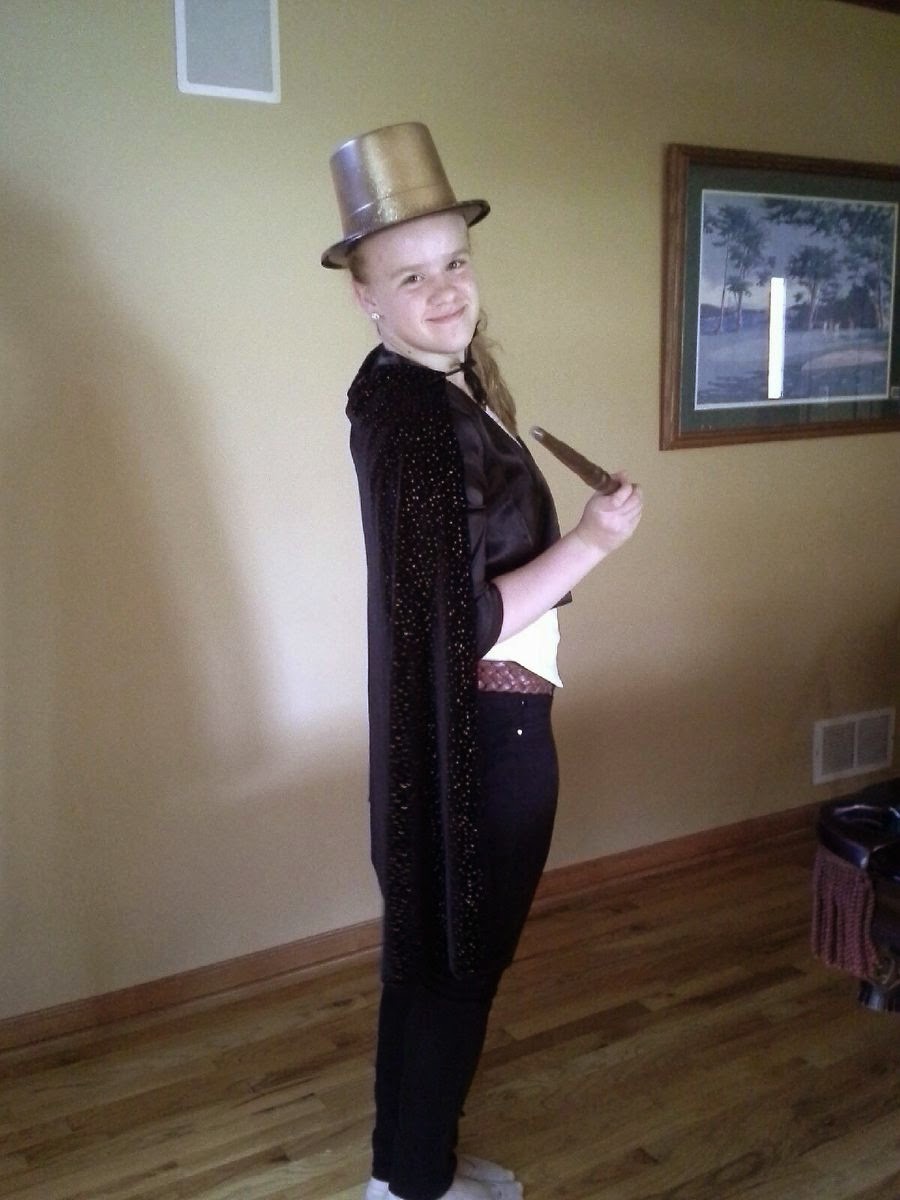 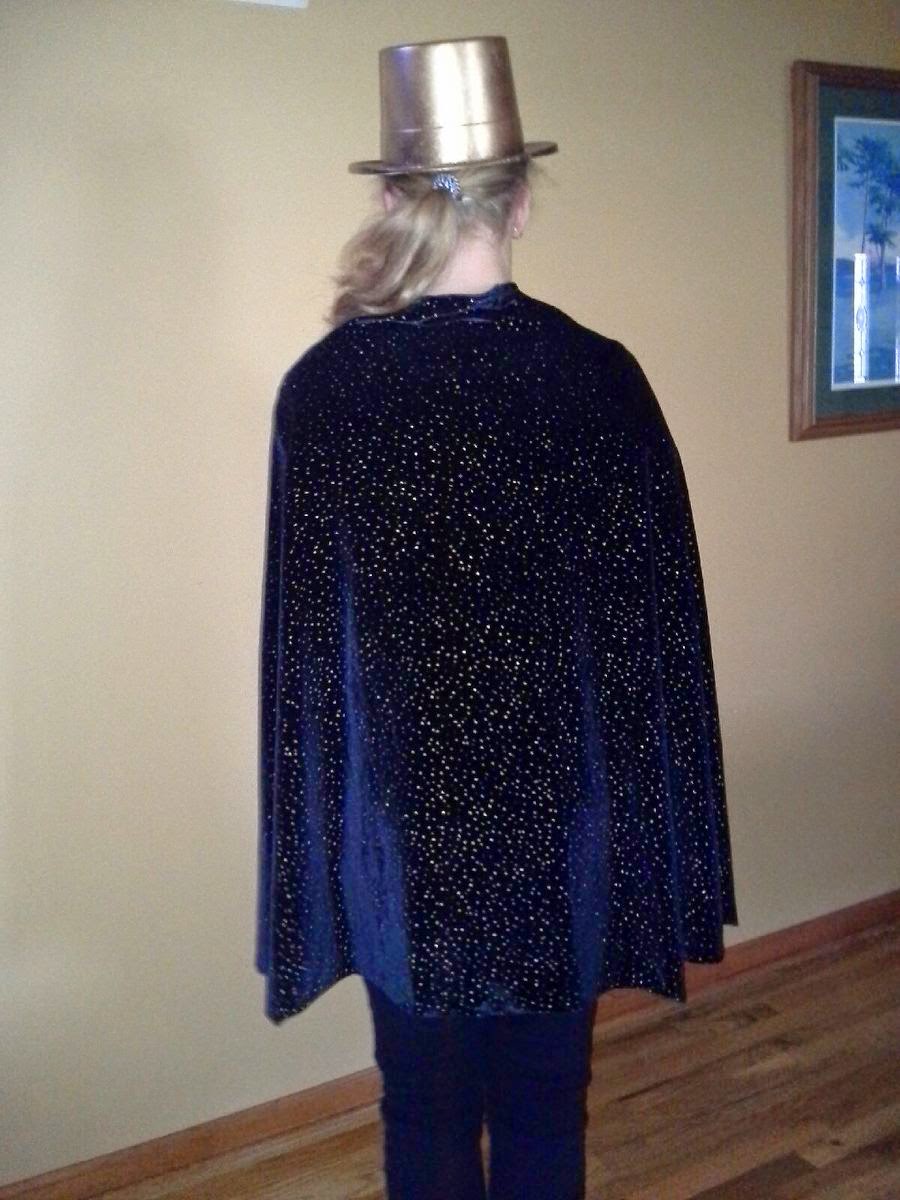 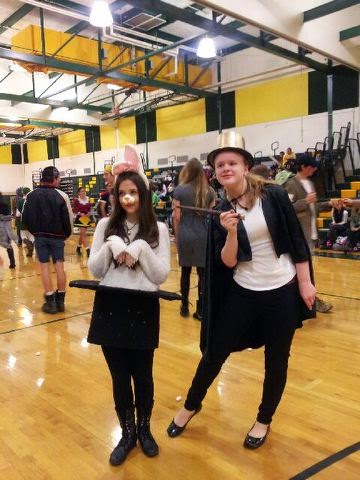 Make it a Great Halloween!
Have Fun!!